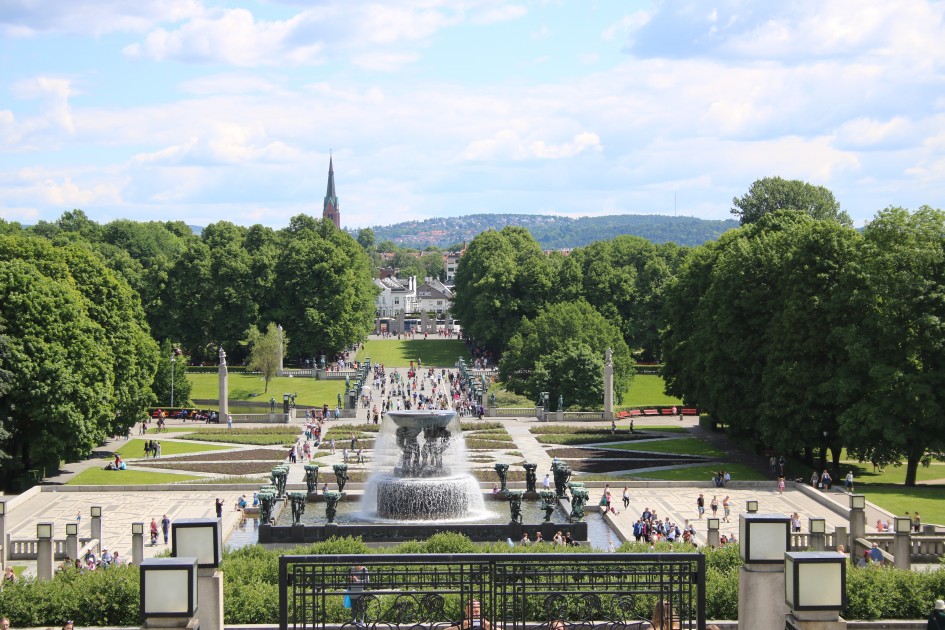 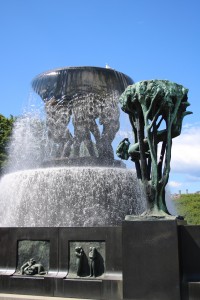 I arrived in Oslo at the Bristol Hotel after traveling across the world on two planes and a very hot bus ride. Apparently the air conditioning was not working. Serendipitously, a couple behind me on the plane, Bernie and Jane, were on the expedition as well. They became my first expedition friends after Jane noticed I was wearing a National Geographic sweatshirt.

Being Sunday, and not knowing where or with whom to worship, I took some time to read the bible, pray, and take communion. It is odd not meeting with my brothers and sisters but I feel their support across the pond.

Other than two short naps on each plane I had been awake for more than 24 hours, so on our tour of Oslo, including the Vigeland Sculpture Park and Fram Museum, I fell asleep every time we got back on the bus. I was not the only one. Lorrie was my seatmate from Seattle, and I’m pretty sure she was snoozing too. The Sculpture Park is home to many sculptures designed by Gustav Vigeland. It is somewhat controversial due to the subject matter. I’m not big on naked so I didn’t take many photos but I did appreciate the fountain and the scenery. Our guide told us that he was representing life in all its stages. 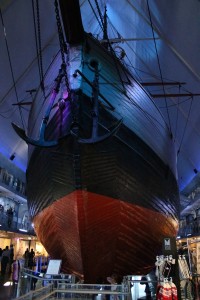 The Fram Museum was interesting, including how the museum itself was built. I wondered how they got that big old ship inside that building. Turns out it was built around the refurbished ship that Amundsen led into the Arctic. The Fram sailed in the late 1800s and was built to freeze into the ice without breaking up and then float over the North Pole. The ship spent three years frozen in ice. It did not make it over the pole. Exploration of the earth takes guts, dedication, and a willingness to make mistakes along the way. My “wow” moment for the day was when I discovered that I had been walking in the bowels of the original ship. I thought it was a replica. How inspiring to walk in the footsteps of determined explorers. I will have to add this to our Columbus unit when we learn about exploration!

Fiona arrived while I was on the tour and we decided to take a wake up and refresh walk. She grabbed some coffee and I grabbed some fresh air as we walked down to the docks. We spoke about the Grosvenor Fellowship and how awesome it was to be a part of it. Fortunately for me Fiona is not directionally challenged like I am and she, by way of a different route, returned us safely to our hotel in time for the welcome reception.

We were introduced to Dennis for the first time after everyone had mingled for a while. He spoke of the expedition and what tomorrow will bring. Dennis is one of the naturalists for this expedition. He has a wry sense of humor that reminds me of my Arizona uncles. Turns out, Dennis is from Arizona too. It must be something in the water. It was interesting meeting some of the guests and staff on the expedition. I was a little intimidated by this task of being a geographic literacy ambassador but managed to meet and greet until I finally decided sleep was more important. I’m excited to be here in Norway. It looks a lot like the Pacific Northwest; green, water, eclectic.